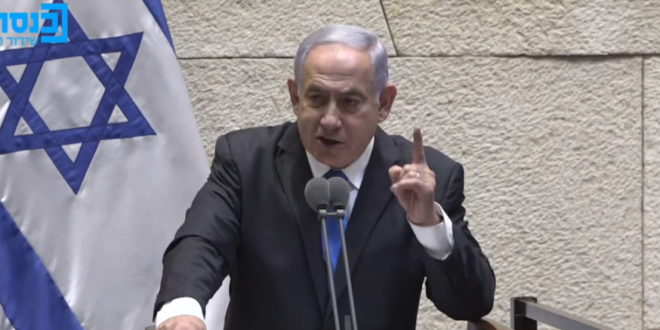 In the conclusion of his speech, Prime Minister Benjamin Netanyahu attacked the new coalition, focusing his criticism on Naftali Bennett’s Yamina party. Bennett is “fake right,” Netanyahu said, while praising Yamina member Amichai Shikli, who had promised to vote against the new coalition.

“He isn’t the defector,” Netanyahu said. “You, Yamina members, are the defectors.” Netanyahu accused the new coalition of seeking to enact fascist, anti-democratic laws against him. “Just like dictatorships reject candidates who can threaten the regime,” he said.

Addressing his voters, Netanyahu said: “I will lead you against this dangerous, leftist government. God willing, we will topple it sooner than you think.”

The clip below is live. The final vote is upcoming.