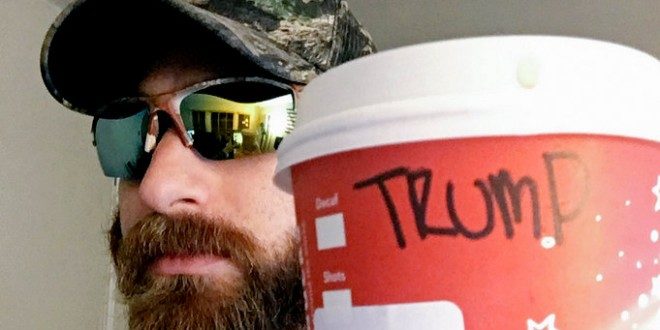 In a brief livestream from the site of the shooting, which has since been converted into an interim memorial, Tim “Baked Alaska” Gionet raised his middle finger. “Here’s the Pulse nightclub. Fuck you Pulse nightclub,” he sang. “Happy Pride Month! I’m glad you’re not here anymore!”

Gionet continued to walk along a wall decorated with photographs and other keepsakes until he reached a glass barrier where people can view a wall that was breached by first responders during the shooting.

Looking at the holes in the building’s walls, Gionet remarked that “you can still see the shit that was shot through,” but quickly concluded that it was “Jewish propaganda, 100%.” “This is a movie set, dude, this is not real!” he exclaimed. “Who are you — who are you kidding out here?

Read the full article. Gionet last appeared on JMG in March when he petitioned federal prosecutors to remove his ankle monitor because “I’m a Christian.” As I’ve previously reported, Gionet is among the most notorious of the accused rioters. He first gained social media fame for a widely-copied stunt in which he “forced” Starbucks employees to call out Trump’s name. Gionet makes his living by live-streaming himself harassing and pepper-spraying passersby, during which his audience eggs him on and tips him in the live-stream’s chat function.