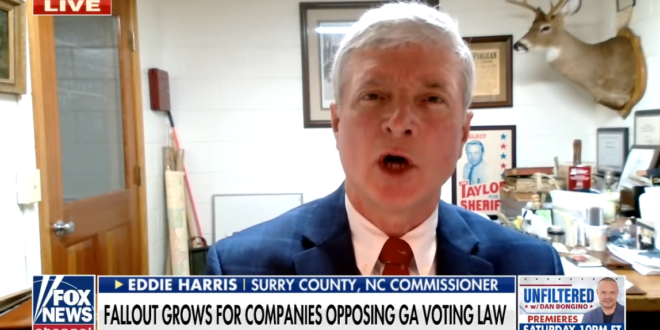 County commissioners in North Carolina wanted to send a message to Coke by removing its vending machines from county property after the CEO spoke out against changes to Georgia’s voting laws. But the machines didn’t belong to the Atlanta-based beverage giant.

The 12 Coke vending machines on Surry County property were owned and operated by Coca-Cola Consolidated, an independent bottling company headquartered in Charlotte.

Commissioners voted Monday to rescind the previous vote after company representatives pointed out the error during a public forum in which several residents also voiced their objections.

Photo is of the county commissioner who rushed to Fox News to boast about his ban on “Woka-Cola.”

Surry County commissioners wanted to send a message to The Coca-Cola Co. They hurt an independent distributor based in Charlotte instead. https://t.co/L4zpiEABih