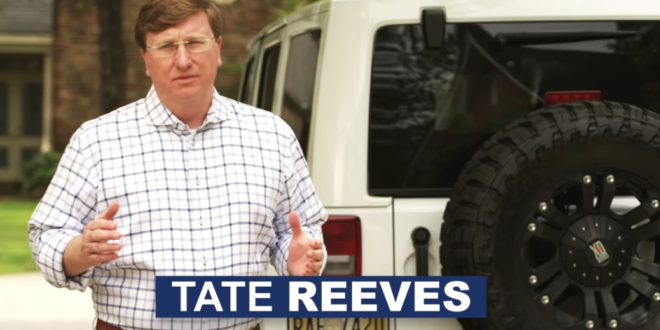 Atheist and humanist groups are suing Mississippi over the state’s “In God We Trust” license plate, calling it unconstitutional and seeking alternatives that don’t require additional fees for Mississippi drivers.

“The phrase ‘IN GOD WE TRUST’ is rooted in hostility toward non-Christians and atheists, intended to convey the message that non-belief in the Christian god is un-American,” according to the lawsuit.

Read the full article. If you want anything other than the standard “In God We Trust” plate, the charge is $30.

The current plate was championed by Gov. Tate Reeves, who even made a 2019 campaign commercial in which he boasted that “out of state liberals hate it.”

Because it’s always about owning the libs, even when it comes to Jesus.