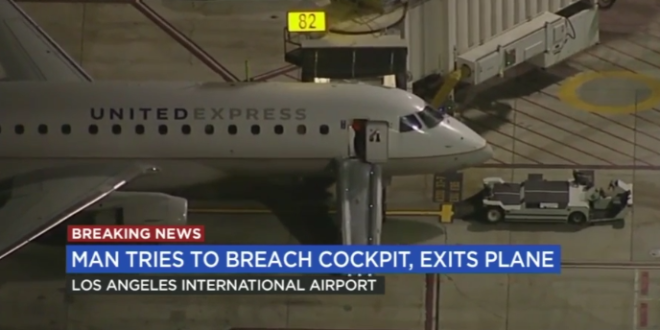 A man tried to breach the cockpit of a United Express flight Friday night and after being unsuccessful, he opened the cabin door and fled the aircraft via the emergency slide at LAX, according to officials.

In a statement from SkyWest, they confirmed that no one onboard the aircraft was injured, and that the aircraft was able to taxi back to the gate area. The SkyWest flight was operating as United Express from Los Angeles to Salt Lake City.

The Los Angeles Airport Police and the Los Angeles Fire Department responded immediately and apprehended the passenger on the taxiway. Airport police and the FBI were investigating the matter as a possible hijacking attempt. No further details were released.