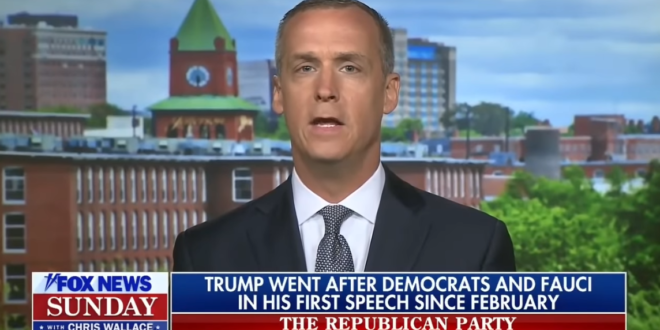 The morning after Donald Trump returned to frontline politics with a speech in North Carolina, a close adviser poured cold water on his reported belief that he will be reinstated in the White House when it is proved Joe Biden beat him thanks to electoral fraud.

Corey Lewandowski, Trump’s first campaign manager in 2016 and a loyal sidekick since, told Fox News Sunday Trump “lost the election”. Experts agree there was no mass voter fraud in 2020. Nonetheless, according to multiple reports Trump has told aides he believes he will be reinstated.

Trump adviser Lewandowski: he ‘lost the election’ and will not be reinstated https://t.co/uk9uYmapjg

Chris Wallace pushes back after Corey Lewandowski whines about the media’s coverage of Trump’s attempts to overturn the election.

“You keep blaming this on the media. The fact of the matter is this went to more than 60 different court cases and you were beaten in every one.” pic.twitter.com/QwgHJCqX1K