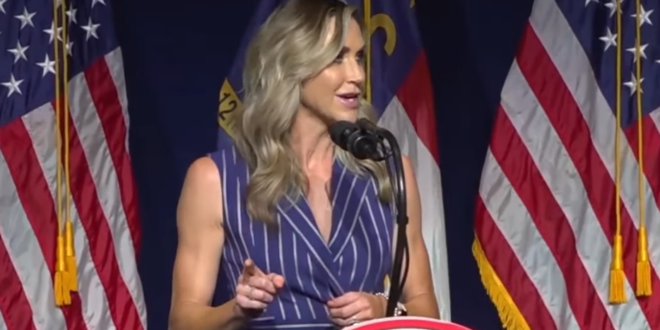 Lara Trump said during North Carolina’s Republican Convention Saturday night that she would not seek the state party’s nomination to run for U.S. Senate, citing her young children – but she left open the possibility of a future run.

“Because of my kids, very young Carolina and Luke, it is going to be very hard to enter this senate race right now,” she said. “But I am saying no for now, not no forever.”

After she left the stage, her father-in-law, former President Donald Trump, endorsed Rep. Ted Budd, R-N.C, as “your next senator” to the crowd.

Lara Trump announces that she is not running for the senate pic.twitter.com/gacUMFqsHb