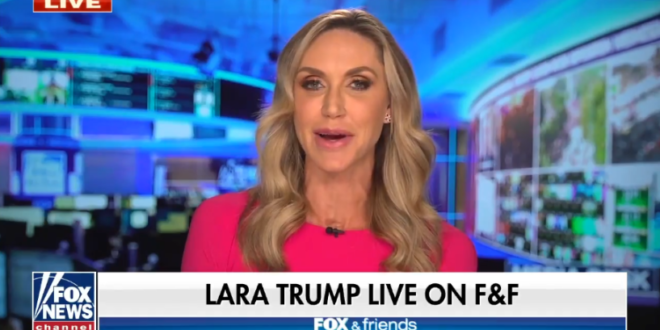 “I think you should take a look at who those networks are and who is pushing that story out. As far as I know, there are no plans for Donald Trump to be in the White House in August. Maybe there’s something I don’t know. But no, I think that that is a lot of folks getting a little worked up about something just because maybe there wasn’t enough pushback, you know, from the Republican side. So no, I have not heard any plans for Donald Trump to be installed in the White House in August.” – Lara Trump, today on Fox.