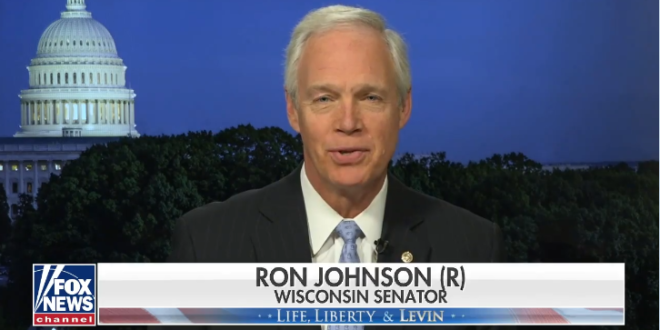 Sen. Ron Johnson (R-WI) reiterated his belief Sunday that the Jan. 6 insurrection at the U.S. Capitol was a “non-violent” gathering. He referenced an eyewitness account, saying the vast majority were “in a jovial mood,” and while “they were serious, they weren’t violent.”

“I think it’s extremely important to create an accurate historical record of exactly what happened so the false narrative that thousands of armed insurrectionists doesn’t last,” Johnson continued.

“They weren’t rioting. It doesn’t look like an armed insurrection when you have people that breach the Capitol, and I don’t condone it, but they’re staying within the roped lines in the Rotunda.”

Sen. Ron Johnson Claims Jan. 6 Was Not an ‘Armed Insurrection’ Because People Stayed ‘Within the Roped Lines’ https://t.co/TXz9SkeInk