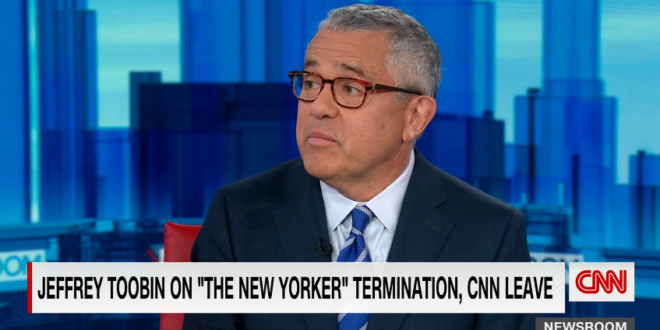 Jeffrey Toobin returned to CNN as the network’s chief legal analyst on Thursday, eight months after he exposed himself during a Zoom call with colleagues at The New Yorker.

“I feel like we should address what’s happened in the months since we’ve seen you,” Alison Camerota said. She summarized the situation and said, “To quote Jay Leno, ‘What the hell were you thinking?'”

Toobin described himself as a “flawed human being who makes mistakes” and said his conduct was “deeply moronic and indefensible.” In the interview, Toobin expressed apologies to his wife and family, to the people who were on the Zoom call that day, and to his colleagues.

Read the full article. Watch the clip. The “summarized the situation” opening is unsurprisingly awkward, but good for him to at least be willing to talk about it on national TV.