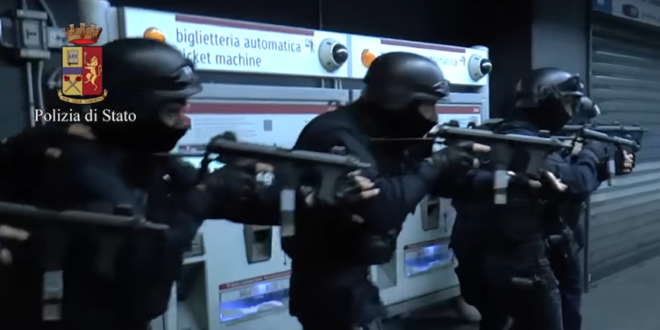 Anti-terror police in Italy say they have dismantled a far-right extremist group that was allegedly plotting to bomb a NATO base. Carabinieri seized photographs of Hitler, swastikas and a book listing Jewish surnames during coordinated raids on Monday on the homes of 12 alleged members of the Roman Aryan Order, a Nazi-inspired white supremacist group.

One of the accused was voted the winner of an online Miss Hitler beauty pageant in 2019, calling herself Miss Eva Braun.

A specialized police web investigation team focused on the exchange of extremist material on Facebook pages and communities on the Russian social media site VK, where group members allegedly incited one another to commit violent actions against Jewish people and immigrants.

Read the full article. If this is the same “Miss Hitler,” she first appeared on JMG in 2019 for messages calling for the “mass castration and extinction” of Jews and gays.

The group spread racist and anti-Semitic content on social media and was allegedly planning to bomb a NATO base.
https://t.co/E0nLT7A9Pl