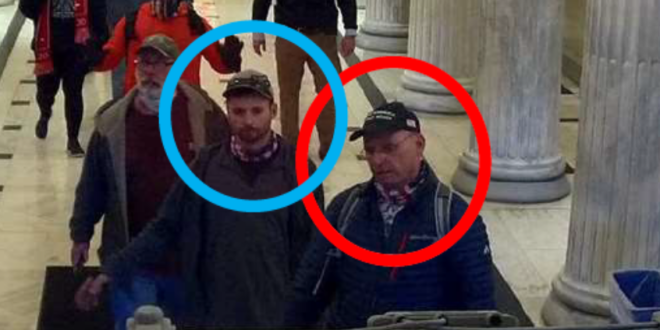 The FBI statement of facts says the older of the two defendants blamed Antifa for the destruction inside the Capitol, while the younger Johnson appeared to claim that there really were 4 million Donald Trump supporters in D.C. on Jan. 6—a fixation on crowd size reminiscent of the former president’s well-documented exaggerated estimates.

FBI Says Father and Son Duo Busted for Storming the Capitol Blamed Destruction on Antifa, Were Fixated on Crowd Sizehttps://t.co/E12YAMUjNW