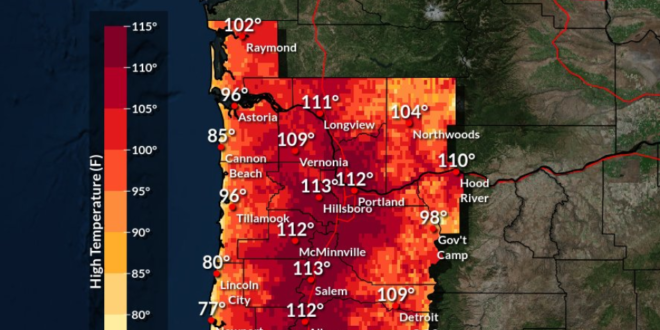 To say it’s hot in the Northwest is an understatement. Temperatures have already soared to levels never been experienced in recorded history in this part of the United States — and AccuWeather meteorologists say the summer sizzle hasn’t even reached its peak.

AccuWeather’s team of expert forecasters were describing the then upcoming heat wave as “unprecedented”, “life-threatening” and “historic” as early as the middle of last week, and these descriptions have been accurate in the early stages of the Northwest scorcher.

A historic heat wave is now underway in the Northwest as a heat dome intensifies.

Some will see temperatures unlike anything they have seen in decades of history – including Seattle and Portland.

How hot it will get and a few ways to stay safe: https://t.co/0Z8yfSppXm pic.twitter.com/wlxOJ3zBKa

Previous How Michael Flynn Profited From QAnon Conspiracies
Next BOOK: Trump Raged At Barr For Publicly Debunking Election Lie, “How The Fuck Could You Do This To Me?”