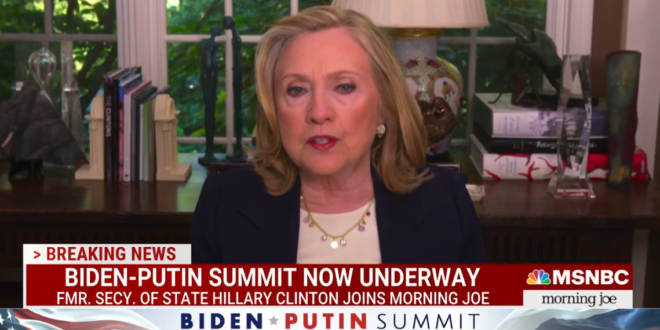 Hillary: Biden Has To Clean Up Trump’s Putin “Disaster”

Clinton, a former secretary of state, said Biden will make clear that Russia will face consequences if there are further cyberattacks against the United States, arguing that Trump left Putin unchecked even in the wake of Russian interference in U.S. elections.

“We can’t turn back the clock,” Clinton said in an interview on MSNBC’s “Morning Joe” about how the U.S. can’t just start over with Russia as if the Trump presidency didn’t exist. “We not only lost four years; we emboldened Putin. We gave him a green light. I never thought I would see some of what we saw during the four years of the Trump administration.”