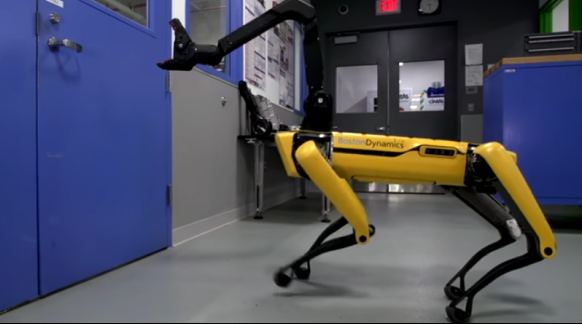 The Honolulu Police Department used $150,045 in federal funds intended to respond to the pandemic to acquire a robot dog named Spot, according to city spending data.

As for its use helping Honolulu combat COVID-19, the city’s spending data says Spot was purchased to take people’s temperatures at HPD’s tent city for homeless people. In other words, its ostensible use is as a thermometer, according to the city’s spending justification, though HPD says it can do more.

The spending has drawn criticism from community members, leaders like Council Chair Tommy Waters, and even police officers themselves. “Toys, toys, toys,” said one Honolulu officer who spoke on the condition of anonymity because of fear of retaliation. “Everything we could buy we would buy.”

Read the full article. A list of more “toys” is at the link.

Previous Did Louie Gohmert Give $5K To “Death To Gays” Pastor?
Next Emails Show Trump Pressured DOJ On Election Claims