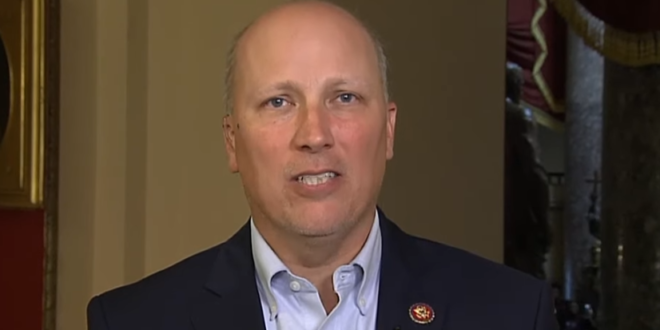 Rep. Chip Roy (R-Texas) is introducing a bill on Friday aimed at blocking members of the Chinese Communist Party from buying land in the United States. Although the Committee on Foreign Investments does review some attempts by foreign entities to buy U.S. land, the bill would completely stop CCP from buying either public or private land in the U.S.

The bill, called The Securing America’s Land from Foreign Interference Act, is being introduced by Roy along with Reps. Lance Gooden (R-Texas), Ken Buck (R-Colo.) and Randy Weber (R-Texas). “In their quest for global domination, China has been buying up land and strategic infrastructure all over the world and in the United States,” Roy said.

“There’s old sayings in Texas about find all the rope in Texas and get a tall oak tree. You know, we take justice very seriously, & we ought to do that. Round up the bad guys.” — here’s Rep. Chip Roy (R-TX) glorifying lynchings during hearing on violence against Asian-Americans pic.twitter.com/uy5irfmJCo

Previous Lindell: I’m Spending “A Lot Of Money” To Track Down The “Bots And Trolls” That Got My Lawyer Fired [VIDEO]
Next Andrew Giuliani Battles “Crackhead Barney” [VIDEO]