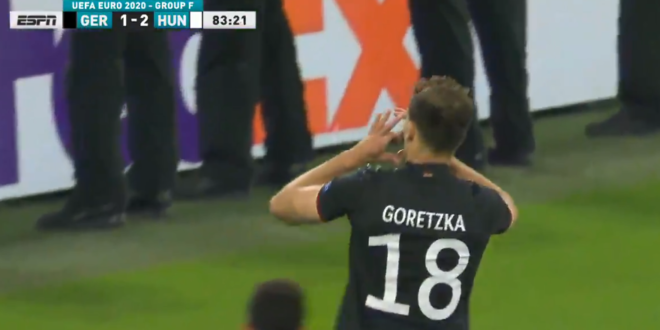 German soccer player Leon Goretzka sent a message in support of gay rights after scoring his national team’s second goal during a match against Hungary, which has faced growing backlash to a new law seeking to curb the distribution of LGBT content.

After Goretzka, a vocal supporter of LGBT rights, scored the equalizing goal, which put Germany into the knockout stages in the final round of the European Championship tournament, he made a heart symbol with his hands toward Hungarian fans.