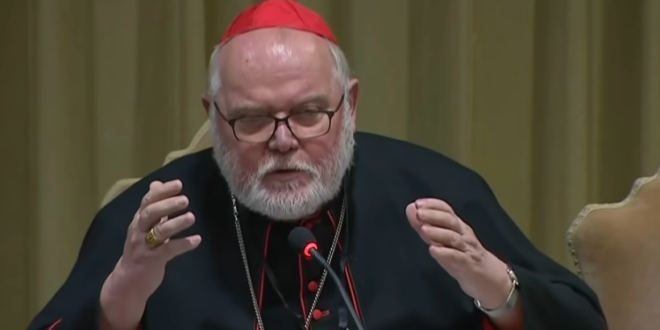 One of Roman Catholicism’s most influential liberal figures, Germany’s Cardinal Reinhard Marx, has offered to resign as archbishop of Munich, saying he had to share responsibility for the “catastrophe” of sexual abuse by clerics over past decades.

His offer, which Pope Francis has yet to accept, follows an uproar among the German faithful over abuse. Last week, the pope sent two senior foreign bishops to investigate the Archdiocese of Cologne, Germany’s largest, over its handling of abuse cases.

A study showed that 1,670 clergymen had committed some type of sexual attack against 3,677 minors, mostly boys, between 1946 and 2014.
And we still allow this organisation to control our schools? Out, out, OUT! #SeparateChurchAndStatehttps://t.co/VRU4WC257T

One of Germany’s leading cardinals has offered to resign his post as the only way to take responsibility for what he called the “catastrophe” of how the Catholic Church has handled accusations of sexual abuse by priests.https://t.co/cgV2Wsmi7K

German Cardinal Marx, one of #PopeFrancis‘ closest advisors, has asked the pontiff to allow him to resign as a sign of responsibility for the “systemic failure” of Catholic Church leaders in responding to clergy sexual abuse, @joshjmac reports.https://t.co/JXlgH8KSDo