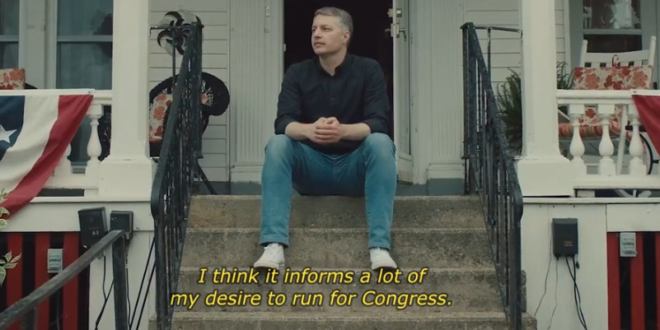 Democrat Matt Putorti is launching a campaign against Rep. Elise Stefanik (R-N.Y.), aiming to knock out one of the Republican Party’s rising stars and a newly minted member of House leadership. Putorti is a 37-year-old attorney from Upstate New York focused on LGBTQ+ equality, reducing gun violence, and immigration.

“Elise Stefanik is a threat to spaghetti dinner towns,” Putorti said in a campaign launch video, a reference to his hometown of Whitehall. “If we continue to divide people they’re not going to be able to share that meal together.”

Read the full article. His campaign site is here.

I’m Matt Putorti. I’m a gay man, an attorney, and the Democrat who will beat Elise Stefanik. This community made me who I am. I’m going to give it everything that I have. So join me, let’s flip this seat: https://t.co/m8DBKDrQ7x

I have been in this race for two hours and my opponent Elise Stefanik is already lying about me. If you are ready to fight back retweet and follow this twitter account to help grow our grassroots campaign.

Statement from #TeamElise regarding the second Socialist Democrat to announce their campaign for #NY21 pic.twitter.com/OxgVT76dsK