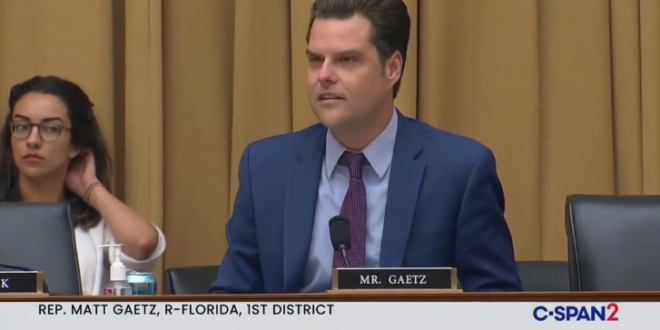 Rep. Matt Gaetz asked an Inspector General to investigate claims made by Fox News Tucker Carlson that the National Security Agency is spying upon him in an attempt to take him off the air.

“The most-watched cable news host has been stating for the last several nights that the NSA has been monitoring his communications,” Gaetz stated, “And amazingly, the NSA has issued a statement that is so couched, it is functionally an admission.”

Gaetz concluded by calling for bipartisanship in asking for an “inspector general investigation into any monitoring that the NSA or any other element of the intelligence community is engaged relevant to Tucker Carlson.”

Previous Brown: I’m So Broke “I Feel Like Pulling Out My Hair”
Next PA State Supreme Court Overturns Cosby’s Conviction