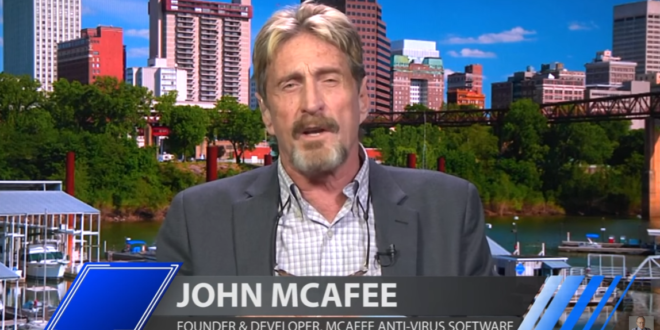 According to Marco Vidal, head of the national police force’s Gang Suppression Unit, McAfee is a prime suspect in the murder of American expatriate Gregory Faull, who was gunned down Saturday night at his home in San Pedro Town on the island of Ambergris Caye. Details remain sketchy so far, but residents say that Faull was a well-liked builder who hailed originally from California. The two men had been at odds for some time.

Tennessee prosecutors charged the 75-year-old McAfee with evading taxes after failing to report income made from promoting cryptocurrencies while he did consultancy work, as well as income from speaking engagements and selling the rights to his life story for a documentary.

The charges refer to the three fiscal years from 2016 to 2018, according to the Spanish court’s ruling on Wednesday.

“The court agrees to grant the extradition of John David McAfee as requested by the American judicial authorities for the crimes referred to in the tax offence indictments for years 2016 to 2018,” said the 16-page ruling.

McAfee ran unsuccessfully for the Libertarian Party’s presidential nomination in 2016 and 2020.

Cultists and QAnon nutbags on Twitter are already spinning their conspiracies about his death, which some outlets are calling a suicide.