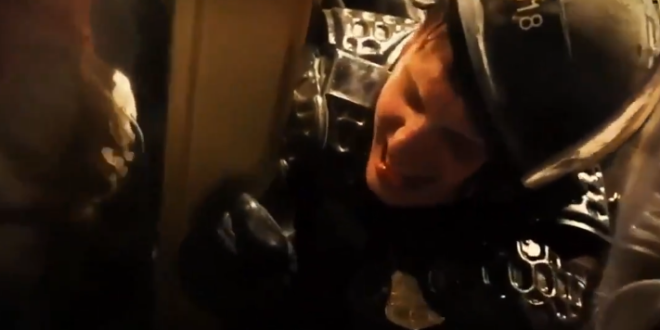 Fox News declined to broadcast an ad Sunday about the violence that law-enforcement members faced as they tried to stop the Jan. 6 insurrection at the U.S. Capitol, according to the creators of the political commercial.

“We couldn’t have fathomed in our wildest imaginations that even a Fox News would reject an ad that simply condemns the insurrection, and condemns people who support the insurrection,” said Ben Meiselas, one of the co-founders of MeidasTouch, the liberal Political Action Committee that created the 60-second ad.

The commercial features law-enforcement officers testifying in Congress and speaking to the media about their experiences during the insurrection, including getting sprayed with bear mace, engaging in hand-to-hand combat and being called “traitors.”

Seems like this should be a major story. Fox “News” is silencing our ad featuring the voices of law enforcement who protected the Capitol on January 6th. @JoyAnnReid @JoeNBC @donlemon @kylegriffin1 @Lawrence @tedlieu @AliVelshi @ChrisCuomo @Acosta https://t.co/jPEanGtokq

We made a $184,854 TV buy with this ad on Fox News this week. Fox News just denied airing our ad. Retweet and get it out in every corner of the country. pic.twitter.com/EBz1G2paLv