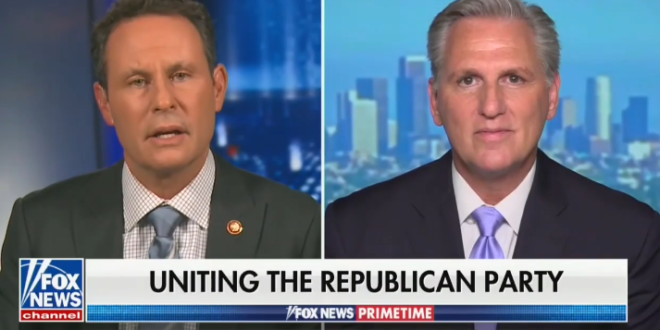 Fox News Host Asks McCarthy If Pence Is A “Traitor”

“Mike Pence is not a traitor. Mike Pence served as not only as a member of Congress [during] which I served with him, one of the most conservative members.

“He was the governor of Indiana. And he was the vice president, stood right by President Trump, helped him get through the tax reform, get those judges in.

KILMEADE: “Mike Pence addressed a coalition in Orlando, a religious coalition, and he was booed. They were yelling traitor. Is Mike Pence a traitor?”

MCCARTHY: “Mike Pence is not a traitor.”