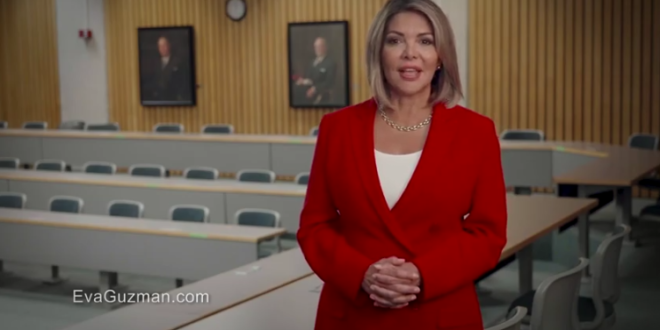 Eva Guzman, the Republican former justice on the Texas Supreme Court, officially began her campaign against embattled Attorney General Ken Paxton on Monday, pledging to bring “honor and integrity” to the office as well as an extensive legal background that could set her apart from another primary candidate, George P. Bush.

Read the full article. Guzman, who was appointed to the state supreme court in 2009 by then-Gov. Rick Perry, appears to be positioning herself to the right of Paxton.