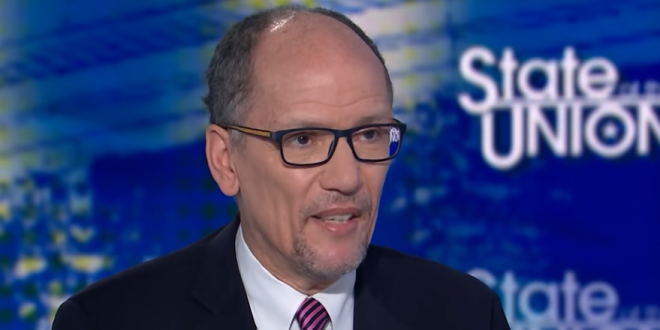 Former Democratic National Committee Chairman Tom Perez is running for governor of his home state of Maryland, where the outgoing Republican governor has proven immensely popular despite the state’s heavy Democratic tilt.

Perez led the Civil Rights Division of the Department of Justice and then served as labor secretary under President Barack Obama. He was elected to lead the DNC in the wake of Hillary Clinton’s loss to Donald Trump in 2016.

When his term as DNC chair ended earlier this year, Perez was replaced by current chairman Jaime Harrison, who ran for Senate in South Carolina last year.