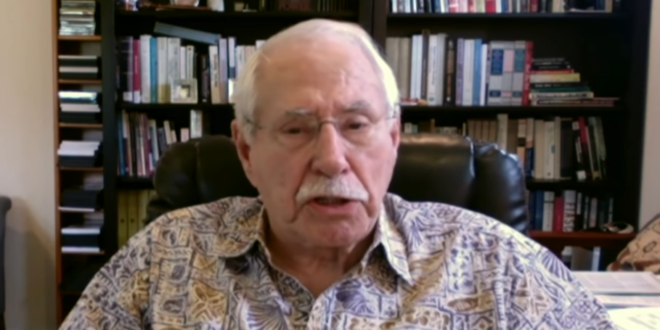 Mike Gravel, a former US senator from Alaska who read the Pentagon Papers into the Congressional Record and confronted Barack Obama about nuclear weapons during a later presidential run, has died. He was 91.

Gravel, who represented Alaska as a Democrat from 1969 to 1981, died on Saturday, according to his daughter, Lynne Mosier. Gravel had been living in Seaside, California, and was in failing health, said Theodore W Johnson, a former aide.

Gravel re-entered national politics decades after his time in the Senate to twice run for president. Gravel, then 75, and his wife, Whitney, took public transportation in 2006 to announce he was running for president as a Democrat in the 2008 election ultimately won by Obama.

Gravel then ran as a Libertarian candidate after he was excluded from later Democratic debates. In an email to supporters, he said the Democratic Party “no longer represents my vision for our great country.” “It is a party that continues to sustain war, the military-industrial complex and imperialism — all of which I find anathema to my views,” he said.

Gravel briefly ran for the Democratic nomination for president in 2020. He again criticized American wars and vowed to slash military spending. His last campaign was notable in that both his campaign manager and chief of staff were just 18 at the time of his short-lived candidacy.

You may recall that Gravel went viral in 2007 with a bizarre presidential campaign ad in which he simply stared into the camera before throwing a rock into a pond.

BREAKING: Former U.S. Sen. Mike Gravel of Alaska, who read the Pentagon Papers into the Congressional Record in 1971 and decades later ran for the Democratic presidential nomination as a critic of the Iraq war, has died at age 91. https://t.co/5wqxNsR83u