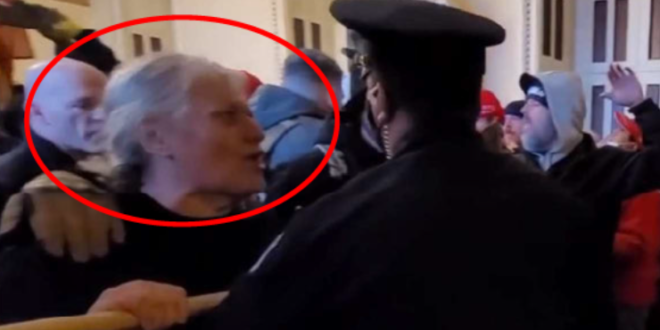 In the case of Audrey Ann Southard-Rumsey, it’s just another Wednesday on the ever-expanding U.S. Capitol riot docket, where attacks on law enforcement rank in the triple digits and threats against House Speaker Nancy Pelosi hit federal court almost as regularly as rain.

“Tell Pelosi we are coming for that bitch,” Southard-Rumsey allegedly shouted at police, using the same barnyard epithet for the Democratic Party’s California-based leader as her fellow alleged rioter Richard “Bigo” Barnett is said to have scrawled on a note at her desk.

Arrested on Wednesday, Southard-Rumsey adds to the growing list of those accused of attacking police with fists, poles, and chemical spray on Jan. 6th. The count stood at an estimated 139 assaults on law enforcement last week.

“Tell Pelosi we are coming for that bitch.”

“There’s a hundred thousand of us, what’s it going to be?”

“Last friend, last bullet. What’s it going to be?”

Audrey Ann Southard-Rumsey, a 52-year-old from Florida, was arrested today for assaulting cops at the Capitol on Jan. 6. pic.twitter.com/Q8TibMkwRH