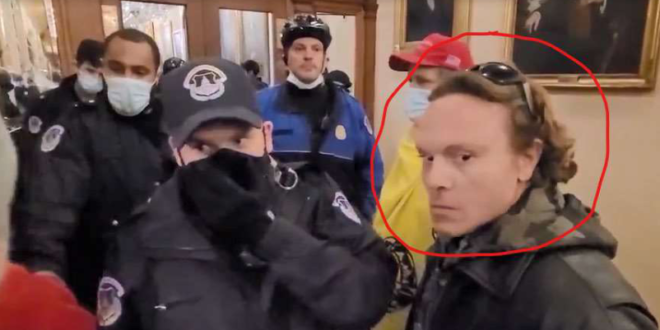 A Florida man has been arrested in connection to the deadly Jan. 6 riots at the U.S. Capitol. Brian Glenn Bingham, 35, of Port Charlotte, Florida is charged with federal offenses including assault, resisting or impeding officers, obstruction of law enforcement, violent entry and disorderly conduct, among other charges.

Bingham, who also has ties to New Jersey, was arrested in Alabama and made his initial court appearance in the Middle District of Alabama yesterday.

In one Facebook conversation cited by the prosecutors, Bingham answered someone who asked if he was OK with “I got to manhandle 5 cops and live to tell.” “LOL,” the unidentified person replied. “All of this does not surprise me! Stay safe. Trump2020.”

A Capitol-riot suspect from Florida has been arrested in Alabama. He reportedly posted on Facebook: “I got to manhandle 5 cops and live to tell.” https://t.co/OdUsqac0bX pic.twitter.com/lNxf4zHXTt

Man with Ties to Florida and New Jersey Arrested for Assault on Law Enforcement During January 6 Capitol Breach: Brian Glenn Bingham was arrested for crimes related to the breach of the U.S. Capitol on January 6. https://t.co/kw5lCfMIXy

Police held this line for several minutes….. then this happened==> pic.twitter.com/lWReY1CKBd