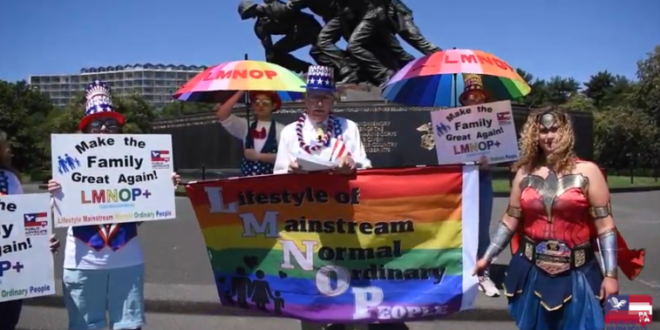 “The LMNOP movement reclaims the Month of June and celebrates one man woman biological reality with singing and dancing celebrations today and permitted performances in Washington throughout June and the entire summer at national monuments with special reverance for this Juneteenth federal holiday. Religious freedom is a key component of ending the current censorship and abuse of all men and women by the woke liberal cancel culture aimed at us.

We last heard from Eugene when he declared that Burger King sells “homosexual chickens.” In the clip below you’ll find three songs about how horrible you are. All three songs, you will note, as set to the tune of songs popular with gay homosexuals.  It was a dark and stormy night.