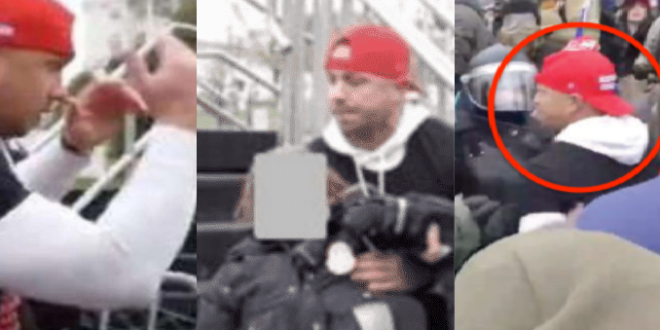 The Department of Justice filed a scathing document today on a Pennsylvania man, chronicling an extensive history of physical violence against women, hoping to keep him in federal detention for his alleged involvement in the Jan. 6 insurrection, which included an attack on a female police officer.

Ryan Samsel, of Bucks County, has a history of “choking and beating women to the point of loss of consciousness, of many hospital visits for many victims, of chipped and missing teeth and of Samsel even breaking into one victim’s home multiple times to assault her,” according to the federal government’s filing to keep Samsel in detention.

The debate over his detention intensified two months ago, when Samsel alleged that he was beaten at the Washington D.C. Central Detention Center. His attorney, Steven Metcalf, said his client was beaten to a “bloody pulp,” and that they would pursue a civil suit. The Department of Justice is investigating the claim.

Ryan Samsel, of Bucks County, has a history of “choking and beating women to the point of loss of consciousness,” said the Department of Justice memo.

The filing just submitted in the Jan 6 prosecution of Ryan Samsel of Pennsylvania might be the most striking, horrific and brutal accusations I’ve read so far in *any* of these 460+ cases.

Ryan Samsel had been accused of knocking over barrier & police officer on Jan 6, knocking her unconscious

Check out the response from the Justice Dept to his request ==> pic.twitter.com/EouVzdkw8e

Feds also allege Samsel attempted to run a woman off the road in a dispute over $60 in 2006. They say he punched in her windshield and threatened he “knew where she lived”

(Feds say he was convicted) pic.twitter.com/hs35FuxMaQ