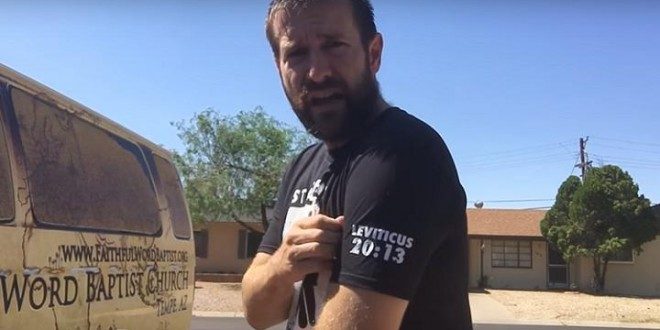 Did Louie Gohmert Give $5K To “Death To Gays” Pastor?

Team Gohmert claims it hired a Christian singer named Steve Amerson from Granada Hills, California, but accidentally reported to the Federal Election Commission that the cash went to the Tempe, Arizona address of the Faithful Word Baptist Church, led by the infamous Pastor Steve Anderson.

In a 2014 video posted to his now-deplatformed YouTube account, Anderson declared “if you executed the homos, like God recommends, you wouldn’t have all this AIDS running around.” In 2016, he applauded the the mass shooting at the gay nightclub Pulse in Orlando, asserting “there’s 50 less pedophiles in this world.”

Read the full article. There’s much more. Anderson’s wife is refusing to confirm or deny having received the money. Anderson, you may recall, has been banned from entering dozens of countries due to his hate speech, which has included a prayer for the death of Barack Obama.

EXCLUSIVE: Rep. Louie Gohmert’s campaign made a $5,500 donation to a violently homophobic and anti-Semitic pastor. But his team is claiming the whole thing was a giant mistake. https://t.co/q33eez3oQN