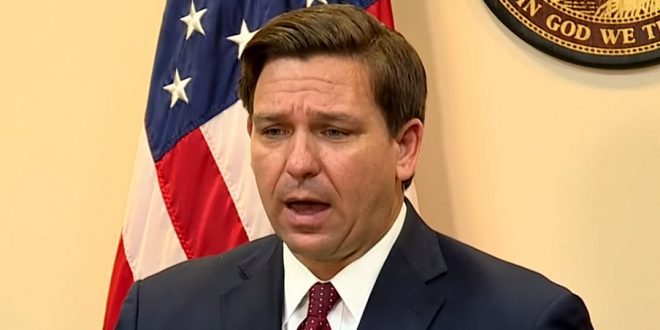 Twitter on Monday suspended Rebekah Jones, a former Department of Health data curator who made national headlines after being fired from the department for insubordination from its platform.

While it is unclear why Twitter suspended the account, the social media giant typically sidelines accounts after they violate “Twitter rules.” The DeSantis administration released a statement applauding the suspension shortly after reports began circulating, POLITICO reported.

“This decision was long overdue,” the statement said. “Rebekah Jones is the Typhoid Mary of COVID-19 disinformation and has harmed hardworking DOH employees with her defamatory conspiracy theories.”

Their hypocrisy is endless. pic.twitter.com/fjKwH6HBRT

Rebekah Jones tells me this suspension was due to her “overzealous” sharing of a recent @MiamiHerald article. She expected her account would be returned shortly. pic.twitter.com/ZhQ2qve6kJ

Florida Gov. DeSantis on Monday signed a law that gives the state the power to penalize social media companies when they ban political candidates. https://t.co/pkT1N3tR1C