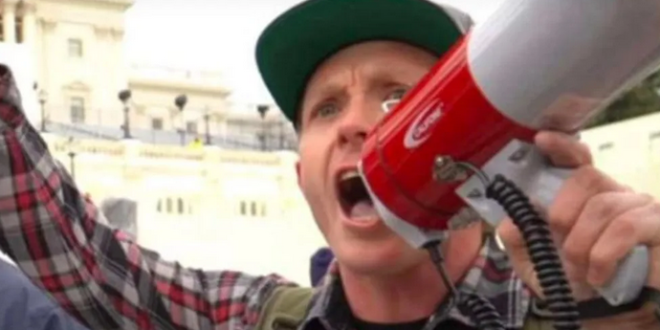 A Trump supporter accused of storming the US Capitol and heckling police officers for “protecting pedophiles” previously served jail time after being convicted in the statutory rape of a 14-year-old girl, according to court records reviewed by CNN and lawyers involved in the cases.

Federal prosecutors say Sean McHugh of Auburn, California, fought with police as they fended off the massive mob of Trump supporters outside the Capitol on January 6. During the scuffle, McHugh was recorded by police body-worn cameras heckling the officers with a megaphone.

According to prosecutors’ description of the footage, McHugh allegedly shouted, “You guys like protecting pedophiles?” “you’re protecting communists,” “I’d be shaking in your little s–t boots too,” and, “there is a Second Amendment behind us, what are you going to do then?”

#SeditionHunters – #Sean59AFO aka Sean McHugh is arrested! He got tagged before people realized how important he was in inciting the mob – given his activities he may provide good info for FBI. (ty @JayECrawford and @jocejocejoe)https://t.co/fqg0y7Nj1uhttps://t.co/aLYnpPJF08