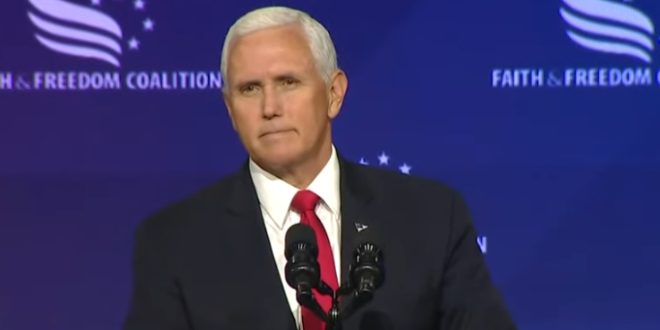 Former Vice President Mike Pence drew angry shouts from some pro-Trump fanatics at the Faith and Freedom Coalition conference on Friday. During the riots at the United States Capitol building on January 6th, several Trump supporters chanted, “Hang Mike Pence!” to show their displeasure with the one-time Trump loyalist.

Pence gets drowned out by hecklers at the Faith & Freedom Coalition summit, some of whom appear to be chanting “traitor!” pic.twitter.com/pAQxavsK3O

He’s now being shouted down with boos and yells of “traitor” as he speaks. People are being escorted out. https://t.co/PXWsfskgCv