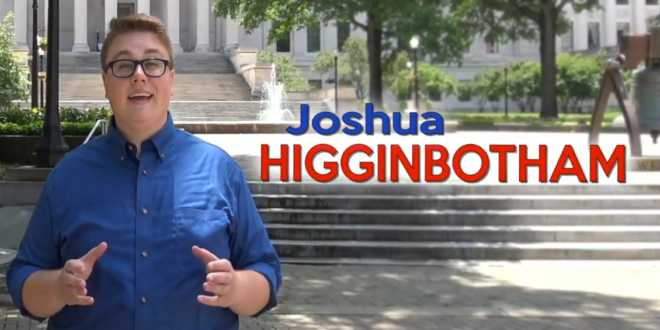 Joshua Higginbotham, a Republican House of Delegates member from Putnam County, has come out as gay. He made the announcement in a short video on social media over the weekend.

Higginbotham describes himself as a conservative Christian Republican. There are a lot of those folks in West Virginia and not all are going to believe that Higginbotham shares their values. He addressed that in his statement.

I’m gay. I’ve wanted to tell you this for many years, but I couldn’t be public like I wanted because there were still a few people in my family who didn’t know yet—now they do. So now I’m telling you, too. pic.twitter.com/k1ImZY6qPZ

My family accepts me. My friends accept me. Now I’m asking you to accept me as well.