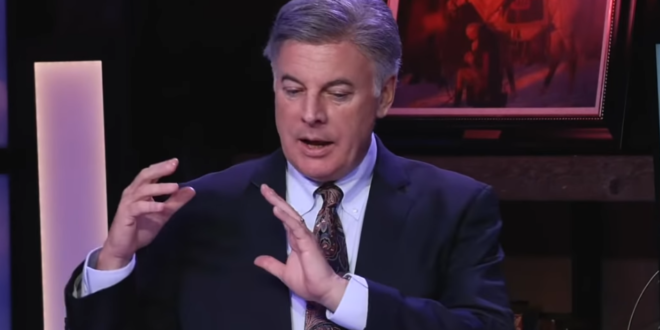 Right-wing evangelist Lance Wallnau streamed a video on his Facebook page last Friday in which he proudly declared himself to be a Christian nationalist.

Religious-right leaders have tried to claim that Christian nationalism is nothing but a myth, insisting that warnings about right-wing activists trying to infuse their religious beliefs into government to turn the United States into a fundamentalist Christian nation are nothing but “an attempt to drive conservative Christians out of the public square,” as Tony Perkins of the Family Research Council recently argued.

Wallnau, by contrast, was quite open about his intentions as he urged former President Donald Trump to begin holding public rallies again and to infuse them with right-wing Christianity in order to bring about a revival in the United States.

Read the full article. And watch the clip, in which Wallnau declares that he’ll use the “flag of God” and Trump rallies to bring about a Christian theocracy.