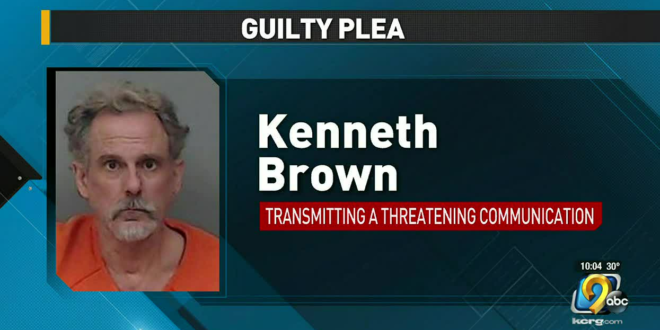 A man who called a United States Congressman’s office and told a staffer that he was going to find someone to assassinate the Congressman was sentenced today to more than a year in federal prison.

Kenneth Brown, age 57, previously living in Cedar Falls, Iowa, received the prison term after a December 4, 2020 guilty plea to one count of transmitting a threatening communication in interstate commerce.

Specifically, as charged in the indictment, Brown said “I will find someone to assassinate that piece of (expletive deleted) you work for. Jerry Nadler is going to be assassinated.”

Information at sentencing showed that Brown has prior criminal convictions involving violence and threats of violence. In 1996, he was convicted of inflicting injury on a spouse and threatening to commit a crime to terrorize the victim.

In 2005, he was convicted of two counts of aggravated battery against a household member using a deadly weapon. In that case, Brown restrained a woman against her will and used a knife to hurt the victim in a way that caused or could have caused the victim great bodily harm.

Brown was sentenced in Cedar Rapids by United States District Court Judge C.J. Williams. Brown was sentenced to 15 months’ imprisonment. He must also serve a three-year term of supervised release after the prison term. There is no parole in the federal system.