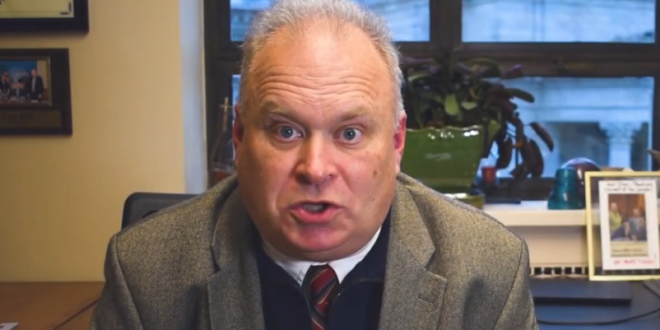 A Washington state lawmaker critical of COVID-19 vaccine mandates wore a yellow Star of David at a speech over the weekend — a symbol the Nazis forced Jews to wear during the Holocaust.

State Rep. Jim Walsh, R-Aberdeen, had the star affixed to his pink shirt during a speech to conservative activists at a Lacey church basketball gym on Saturday. “It’s an echo from history,” Walsh wrote on a Facebook page where a video of the event was posted. “In the current context, we’re all Jews.”

The misappropriation of the infamous star symbol — used to identify Jews first for exclusion, and then for extermination — was criticized as deeply offensive by a local Holocaust education leader. Walsh said he had been given the star by someone at the event, where most attendees were wearing one.

Have they left no sense of decency?

“A Washington state lawmaker critical of COVID-19 vaccine mandates wore a yellow Star of David at a speech over the weekend…’In the current context, we’re all Jews.'”https://t.co/qgwNFPDOyZ pic.twitter.com/b2sPUfI2BQ

Previous NYT Board: Heads Must Roll After Mayoral Debacle
Next Brown: I’m So Broke “I Feel Like Pulling Out My Hair”