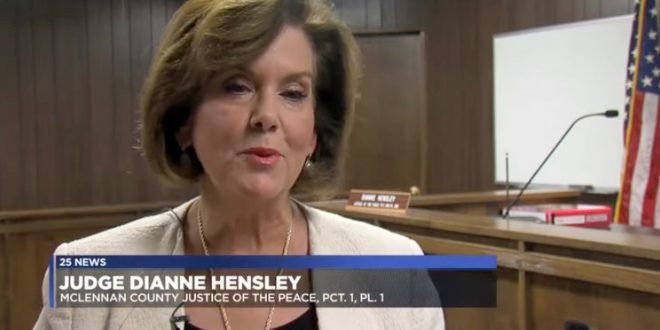 Travis County judge has thrown out McLennan County Justice of the Peace Dianne Hensley’s lawsuit against the state panel that sanctioned her in 2019 for refusing to perform same-sex weddings.

Neither Hensley nor her attorney, Jeremy Dys of the First Liberty Institute, returned phone messages Monday from the Tribune-Herald.

In dismissing the suit, Soifer also ordered Hensley to pay court costs associated with her lawsuit. Hensley initially filed the suit in McLennan County, but commission attorneys David Schleicher and Mike McKetta succeeded in getting it moved to Travis County.

Read the full article. In the 2019 clip below, Hensley says, “I have no desire to offend anybody but the last person I want to offend is God.”