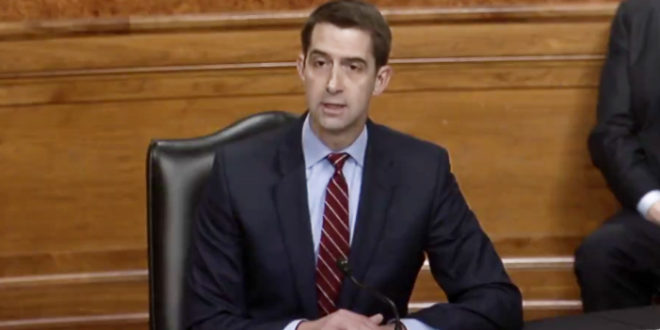 Cotton: There Was No Racism In Military Before Biden

A White senator from the South told America’s first Black defense secretary on Thursday that President Joe Biden’s nascent administration has witnessed the birth of racism and sexism within the military.

The cause of this completely new phenomenon is allegedly the anti-extremism and diversity training that troops have taken so far this year, Sen. Tom Cotton (R-Ark.) said during Thursday’s Senate Armed Services Committee hearing.

“Mr. Secretary: We’re hearing reports of plummeting morale, growing mistrust between the races and sexes where none existed just six months ago, and unexpected retirements and separations based on these trainings alone,” said Cotton, a former Army captain and a graduate of Ranger School.

In his tweet below, Cotton lies about Austin’s response.

Racism didn’t exist in the military before Biden, Tom Cotton claims with a straight face https://t.co/zMhXbdCM7w