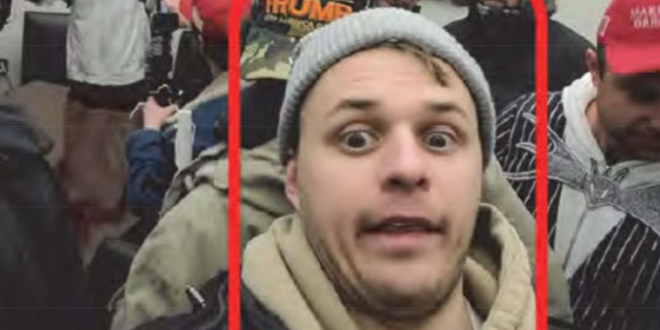 A Chicago police officer was arrested Friday on federal charges of breaching the U.S. Capitol on Jan. 6 and entering a Democratic senator’s office with the violent mob, later texting to a friend that he’d “knocked out a commie.”

Officer Karol Chwiesiuk, 29, was charged in a criminal complaint in U.S. District Court in Washington with five misdemeanor counts, including entering a restricted building, disrupting government business and disorderly conduct on Capitol grounds with intent to impede a congressional proceeding.

The 19-page complaint alleges Chwiesiuk broke into Oregon Sen. Jeff Merkley’s office with the mob and took a selfie showing him grinning and wearing a hoodie with the Chicago police logo on it.

A Chicago cop was arrested today + charged with breaching the Capitol on Jan. 6. He allegedly:

-texted a friend “Busy planning how to fuck up commies”
-texted that he’d “knocked out a commie”
-has been with CPD since 2018
-lives with his parentshttps://t.co/WZ6UxNwkIA

He bragged about it…even claimed he knocked someone out night before.

Previous Iowa Father And Son Duo Arrested In Capitol Riot
Next Proud Boy Denied Pre-Trial Release Due To Chronic Back Pain: Feds Note He Had No Problems Wielding That Axe