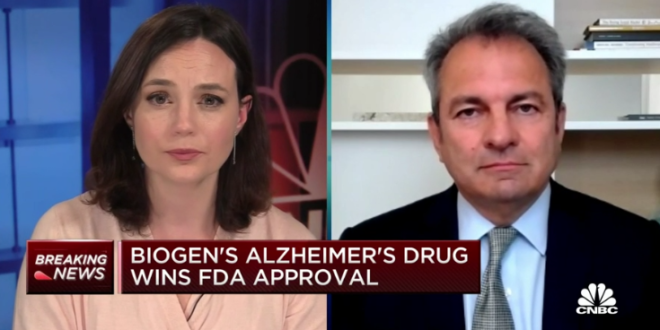 Biogen CEO Michel Vounatsos told CNBC on Monday that the list price of $56,000 per year for the company’s FDA-approved Alzheimer’s disease drug aducanumab is “fair.”

That being said, the Massachusetts-based biotech company has vowed to not increase the price of the medication, which is marketed under the name Aduhelm, for the next four years, Vounatsos said.

The price of the drug is a reflection of “two decades of no innovation” and will also allow Biogen to further invest in its pipeline of medicines for other diseases, he said during an interview with CNBC’s “Power Lunch.”