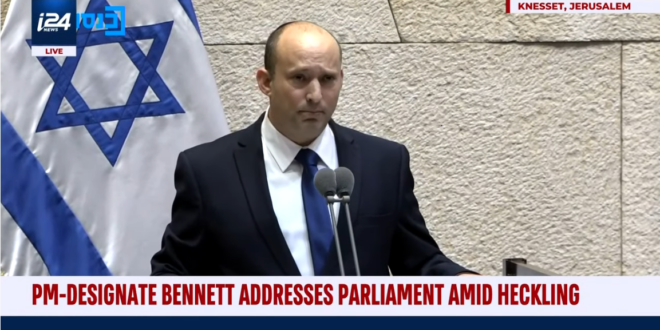 For the first time in 12 years, Israeli lawmakers voted Sunday to install a government led by someone other than Benjamin Netanyahu, breaking a two-year electoral deadlock, marking a likely shift toward the political center and ending — for now — the reign of the country’s longest-serving prime minister, and one of its most consequential.

A raucous parliament, interrupted frequently by shouts of “shame” and “liar” from outgoing conservative lawmakers, voted by a narrow majority to give power to an unlikely coalition of parties from the right, center and left of Israel’s spectrum.

The votes elevated Naftali Bennett, an Orthodox leader of Israel’s religious-nationalist movement and a former Netanyahu ally, as the country’s new prime minister.

Previous Trump’s DOJ Spied On His Own White House Counsel
Next McEnany: “I Never Lied, I Sourced My Information”