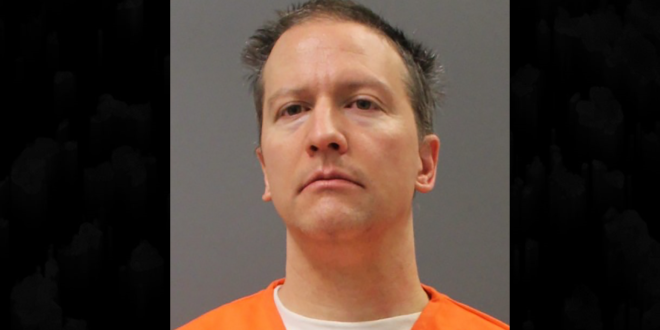 Former Minneapolis Police officer Derek Chauvin has been sentenced to 22 and a half years in prison in the 2020 murder of George Floyd.

BREAKING: Judge Cahill has sentenced Derek Chauvin to 22.5 years in prison (270 months) for the murder of George Floyd, an upward departure of sentencing guidelines due to aggravating factors. pic.twitter.com/Qh3Wx0ZQTw

BREAKING: Carolyn Pawlenty, Derek Chauvin's mother, addresses the court at her son's sentencing: "My son is a good man…When you sentence my son, you will also be sentencing me." https://t.co/IuuRKnTv3s pic.twitter.com/yYhCdtTilW

Chauvin led from courtroom after sentenced to 270 months. pic.twitter.com/EJsXJZ2HKg

Previous REPORT: McAfee Found With Suicide Note In Pocket
Next NY Daily News: Giuliani Got What’s Coming To Him