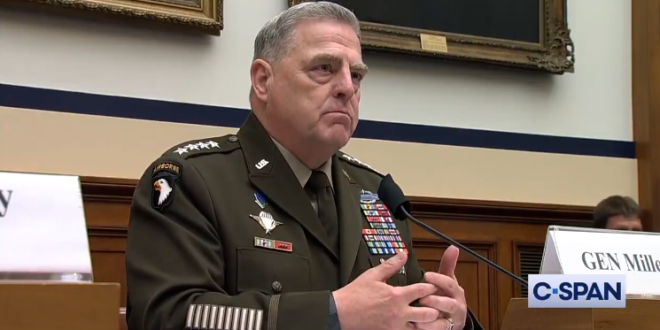 The top US general repeatedly pushed back on then-President Donald Trump’s argument that the military should intervene violently in order to quell the civil unrest that erupted around the country last year. Joint Chiefs Chairman Gen. Mark Milley often found he was the lone voice of opposition to those demands during heated Oval Office discussions, according to excerpts of a new book, obtained by CNN, from Wall Street Journal reporter Michael Bender.

The President would highlight videos that showed law enforcement getting physical with protesters and tell his administration he wanted to see more of that behavior, the excerpts show. “That’s how you’re supposed to handle these people,” Trump told his top law enforcement and military officials, according to Bender. “Crack their skulls!” Trump also told his team that he wanted the military to go in and “beat the f–k out” of the civil rights protesters, Bender writes.