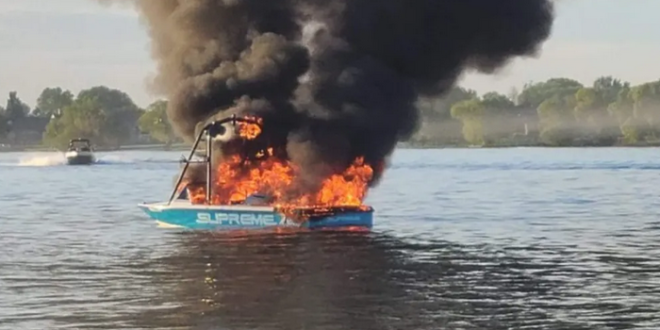 If karma is real, here’s evidence. A boat full of bigots swarmed an LGBTQ family on the water — just before the bigots’ vessel exploded and was “charred to a crisp,” according to one of the victims of their harassment.

The passenger also shared footage showing the mayhem as it unfolded. Over 4.8 million have watched the video since it was originally posted on TikTok on Monday.

The family had taken their boat, which flew a rainbow Pride flag from its mast, out on Memorial Day to Moses Lake in Washington state. The three bigots were reportedly invited onto their victims’ boat while first responders doused their flaming craft.

These people harassed my family because we were flying gay pride flags in Moses Lake Washington, by racing around us and shouting gay slurs. Then, their boat literally blew up! #KarmaIsReal pic.twitter.com/cN7L74pHS6

Video of the event pic.twitter.com/JYLqulzqea