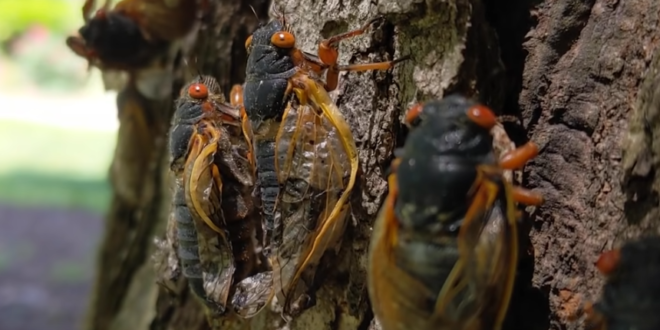 A plane carrying dozens of journalists preparing to take off from Washington, D.C. to cover President Biden’s first trip abroad was delayed for several hours Tuesday evening. A swarm of cicadas was evidently looking to hitch a ride to Europe with the press corps.

A horde of Brood X cicadas had filled the plane’s engines, causing mechanical issues that delayed take off. Eventually, White House aides had to find another plane for reporters to make it overseas, according to the Associated Press.

You may have noticed a lot of fuzziness (low reflectivity values) on our radar recently. The Hydrometeor Classification algorithm shows much of it to be Biological in nature. Our guess? It’s probably the #cicadas. pic.twitter.com/i990mEBJnl

Cicadas filled the engines of a press plane set to accompany President Biden on his trip to Europe, forcing a delay and a new plane and pilot to be called in. https://t.co/PSzNZ12eyI