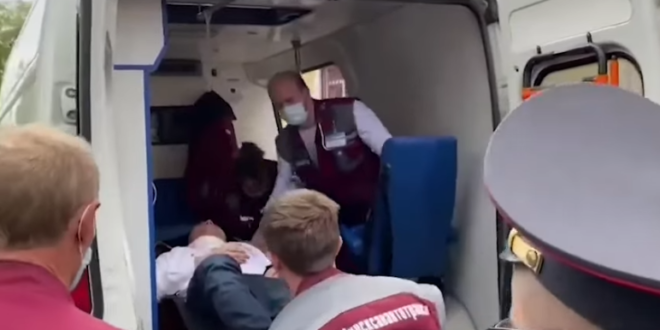 An opposition activist in Belarus stabbed himself in the throat with a pen during a court hearing on Tuesday after claiming that investigators had threatened to prosecute his family and neighbors if he did not plead guilty.

A video clip recorded just after the stabbing showed the activist, Stepan Latypov, lying on a bench inside a defendant’s cage with police officers trying to lift him. Onlookers could be heard screaming in the footage, taken inside the courtroom in the capital, Minsk, by Nasha Niva, a news website in Belarus.

Mr. Latypov, who was facing charges that included inciting social unrest, was later seen being carried out of the court building to an ambulance, his shirt marked with blood, in a video taken by Radio Free Europe/Radio Liberty.

Latypov is reportedly in stable condition.

“I was in a torture cell for 51 days,” Stepan Latypov told his father in a courtroom in Minsk, before stabbing himself. https://t.co/YGl2rJqO0T