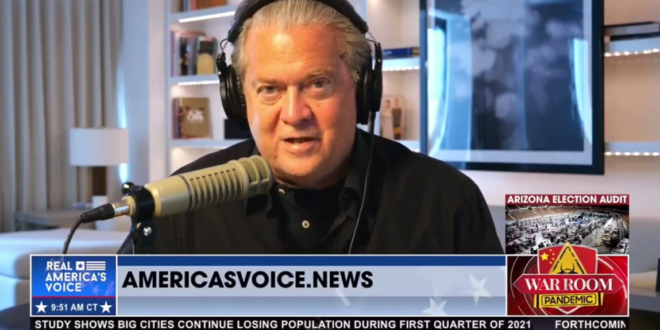 Bannon Calls For “Welcoming” Manchin Into The GOP

“Take control. Mark Kelly in Arizona, we’re gonna find out with the full forensic audit, was not elected US senator. Both senators down in Georgia are not legitimate.” – Steve Bannon, on today’s show.