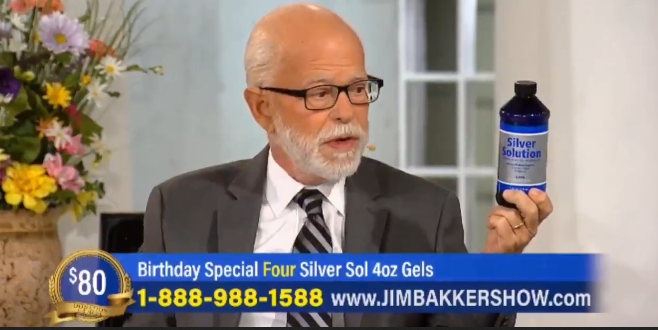 “Today I’m pleased to announce that the Missouri Attorney General’s Office has obtained a consent judgment against Jim Bakker and Morningside Church Productions that results in $156,000 in restitution and strong safeguards to prevent the marketing of ‘silver solution’ as a cure or treatment for COVID and other medical issues,” said Attorney General Schmitt.

Under the consent judgment, which was signed yesterday by Judge Alan Blankenship, Bakker is not allowed to sell or advertise “silver solution” as a way to diagnose, prevent, mitigate, treat or cure any disease or illness, and must return an additional $90,000 to consumers who purchased “silver solution” between February 12, 2020, and March 10, 2020.

Restitution checks will be mailed to Missouri consumers who purchased the “silver solution” no later than 30 days after the execution of the consent judgment, and upon receipt of the check, those consumers will have 90 days to cash the check. Bakker has already refunded a number of customers, which, combined with the $90,000, totals up to roughly $156,000 in restitution.

Schmitt is running for the US Senate. The state of Arkansas has also sued Bakker over the fake cure claim. Penalties in that suit could be in the millions. Last August it was reported that Bakker may be forced to return up to $1.7 million in federal bailout funds for participating in illegal activities at the time of the request. No action on that angle has yet been reported.